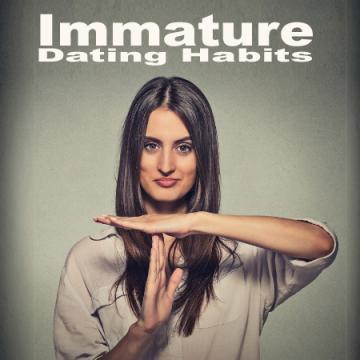 If you think back to your all-time favorite moments of interaction with friends, surely they won’t be text message conversations. Yes, faceless communication in romance is easier because the other person can’t see your nervousness and you have time to think of witty things and edit your responses, but courting via text is the electronic equivalent of a 5th grader passing a “Do you like me?” note. When it comes to romantics, it should always be more personal.

It used to be “Wait two or three days before calling,” but the expiration date on that stale tactic passed when people stopped making phone calls. Instead, interested folks nowadays attempt to be strategically nonchalant by purposely taking a long time to text or waiting weeks after they met you to send a Facebook friend request. It’s all a bunch of unnecessary games that need not be played.

Frequently talking about your ex, informing them you’ve got other options, subtly flirting on social media are all unacceptable shenanigans. These habits should be reserved for immature daters to torture each other with, right up until they learn their lesson and move on to grown-up relationships.

4. Having a friend talk to the person you’re interested in for you.

That was a borderline cowardly move in 6th grade, so it shouldn't be a habit that’s survived into your 20s.

Openly sharing or even hinting at any petty arguments & personal business publicly. No good has ever come of someone putting their significant other on blast for an argument or mistake, ever. Sub-tweeting, subtle shot firing in social circles and all that type of tomb-foolery has no place in even remotely mature relationships.

6. Consciously creating the illusion that you don’t care.

Earlier I mentioned people who try to play it cool, but this is referring to the next level of flat-out pretending not to care at all. That includes ignoring, using other potential love interests as leverage, etc. When it starts to feel like an immature game of limbo where you’re both trying to display how little interest or few feelings you have, there’s no point.

7. Summing up your extended relationship as "Talking or Friends with Benefits."

Being involved in the unofficial status known as “talking” for an extended period of time.When people sum their connection up as “talking,” it leaves the door open for one of them, who is fully committed, to be crushed when they find out their less devoted co-talker hasn’t been behaving as if there’s any exclusivity. This is such a high school concept and more importantly, manipulative daters can cause mayhem and destruction with it.

8. Flaking — ESPECIALLY at the last minute.

Most people don’t love concrete plans because better invitations may arise or something good might be on TV, but if you do give someone your word and agree to meet, don’t bail two hours before the date. People who aren’t respectful adults have grown casual about treating others’ time as if it’s valueless and insignificant, which is a pretty self-absorbed mindset to have.

Making the person you’re dating speculate and guess why you’re mad instead of using your words like an adult. Even if you’re passive aggressive by nature, it’s important to make a conscious effort to speak how you feel instead of dropping hints or giving the silent treatment.

10. Counting and bringing up past mistakes.

Bringing up the person you’re dating’s past mistakes at every disagreement. It’s so easy to do this because we often forgive without forgetting, but we’ve all had plenty of screw-ups and none of us want to be reminded of them regularly.

11. Massive lies, but also the constant, tiny, unnecessary ones.

Lying about cheating or something extreme is obviously terrible, but pointless, uncalled for lies are pretty concerning as well. A lot of people tell white lies because they don’t think the truth is worth knowing and would lead to unnecessary concern or conversations, but that’s not for you to decide when involved in a serious, growing relationship.

Pretending to be a type of person with particular interests to make someone like you more. If you’re pretending to be religious and enjoy watercolor painting, but you’re a non-believer who hasn't ever touched a paintbrush, why fake it? A couple’s hobbies don’t need to be the same, and having a lot in common isn't always the recipe for compatibility that it’s made out to be.

13. Lowering expectations to avoid being alone.

It’s best to be entirely comfortable as a solo individual, and when you’re settling with whoever simply because you don’t want to feel lonely, it might be best to work on yourself before seeking someone to date.

14. Strictly being sarcastic all the time.

Yes, we’ve been playfully mean to our crushes since grade school, but as you mature there should be ways of expressing yourself that aren’t entirely cynical.

Realizing you’re not interested in someone and choosing to suddenly start ignoring them instead of being honest and telling them how you feel is cheesy. You might not want to be mean for declining someone’s interest but what’s worse for them, speculating what to make of your complete silence or respectfully finding out there’s no romantic potential?

Threatening to withhold something (e.g. conversation, sex, favorite free-movie web address, etc.) to get your way.

Threatening to end the relationship routinely. Whether it’s ultimatums like “Do [this thing] or I’m done” or petty arguing that turns to “I’m mad about [this trivial thing] so maybe we should break-up,” they both are terrible habits. Not only do people generally dislike being threatened, but no grown, mature adult is going to put up with the stressful, constant vulnerability of their entire relationship.

Secretly going through your new lover’s phone, email and other password-protected stuff. If you actually catch yourself trying to hack their phone - its time to break-up of grow-up.

This is partly why the courting process has become as disastrous as it has. You want to be vulnerable and show feelings while courting someone? Sure, but they might tell all of their friends or take a screenshot of your private interaction and share it with the world. Not even slightly cool.

20. Letting friends have too much say in who you date.

There’s a fine line between friends looking out for you when you’re in an unhealthy relationship and friends trying to hand pick a person they like for you. Value opinions but also be mature enough to make final decisions for yourself.

Secretly going through your new lover’s phone, email and other password-protected stuff. If you actually catch yourself trying to hack their phone - its time to break-up of grow-up.