Posts With The Tag "FengShui" 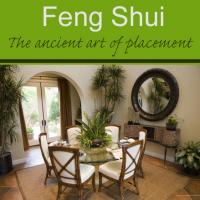 The Chinese believe numbers are very symbolic and will bring luck or be unlucky to the people in its presence. The symbolic meaning of numbers is based on how the sound of that number is similar to the sound of a positive trait or life objective. Because the Chinese culture was spread over a large area, where people were separated by physical barriers such as mountains and political allegiance, regional dialects differed between the Chinese. Therefore, some…